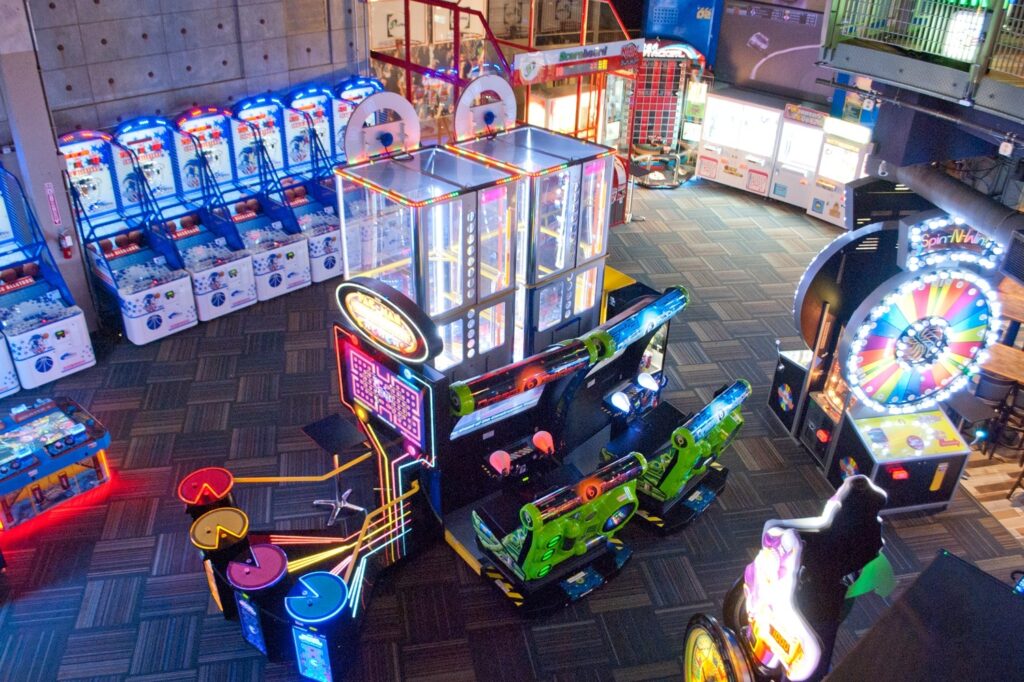 The 22,000-square-foot facility will open in the space formerly occupied by a Borders bookstore, and for a short while by a glow-in-the-dark mini golf course.

GameTime will feature a game room with more than 100 arcade and redemption games, a prize redemption counter, a 200-seat restaurant, a 30-seat sports bar and two banquet rooms for parties and events, according to the company. It will be more adult-oriented than a Chuck E. Cheese’s, more family-oriented than Dave & Buster’s, and will never shut down and turn into a nightclub, said Mike Abecassis, the company’s owner and CEO.

The space, across from House of Brewz and the mall’s amphitheater, has been mostly empty since 2011, when Borders went out of business. For more than three years, Abecassis said, his company has been working on the project, including getting the deal approved with Gulf Coast Town Center’s ownership, CBL & Associates Properties, as well as with major mall tenants that have the ability to restrict certain types of businesses, including arcades.

“You start getting into 22,000-square-foot deals, they’re complicated and can take a little bit longer than others,” said Jeff Purisch, the mall’s general manager.

Abecassis, a longtime arcade game distributor, said they decided on the Gulf Coast Town Center location after pouring over data from several Southwest Florida shopping malls. They looked at everything from individual retail store performances to movie theater data; what movies play well and who sees them.

While it may not have the same retail core as other local malls, in terms of dining and entertainment, Gulf Coast Town Center was the place to be, he said.

The trend at malls is for multiple uses at a single shopping center, Purisch said. In addition to traditional retail and dining, Gulf Coast Town Center already is home to hotels, a health club and a movie theater, and the area where GameTime is moving in is a popular night spot for college students.

GameTime has the potential to bring in new customers who might not otherwise shop at the mall, Purisch said. The only nearby business offering a similar gaming experience is the new HeadPinz bowling and entertainment center about a mile north of Southwest Florida International Airport.

“Anytime you can add something that’s both new and unique to the shopping center, particularly shopping centers of our size, that’s a big win,” Purisch said.

GameTime is based in Davie, near Fort Lauderdale. The brand has been around for about five years, originating after parent company, M&A Group, acquired former GameWorks assets and combined them with its existing Token Cafe mall-based game rooms.

They have two flagship locations in Miami and Tampa — Fort Myers will be the third — as well as mall-based game rooms (without food and drinks) in Panama City, Mary Esther, Sebring and Vero Beach. The locations with restaurants offer higher-end bar food, Abecassis said.

Because GameTime is contained to one state and has only a handful of locations, Abecassis said they have the ability to rotate games on a regular basis, bringing in new attractions every few months to keep the arcades fresh. They’ll have a large selection of prizes — everything from novelty candies to Xbox systems, iPads, televisions, remote control helicopters and small appliances. Credits don’t expire, so customers can build them up over time to get the prizes they desire.

“We really want to offer something people want,” Abecassis said. “The bulk of our prizes are probably going to be above $10 cost but below a $300 cost.”

Recently, they’ve been converting the former bookstore shell into a space capable of housing a busy game and restaurant. That included adding power outlets, doubling the air conditioning capacity, replacing the fire alarm system and reworking the plumbing and electrical. A recent plumbing challenge — a particular line was not where it was supposed to be — set the project back over a month, Abecassis said. Now they’re back on track.

They’ve hired a general manager for the new store, but are still several weeks out from filling other positions, Abecassis said.

“We’re awfully close,” he said, “but we’re not at the finish line yet.” 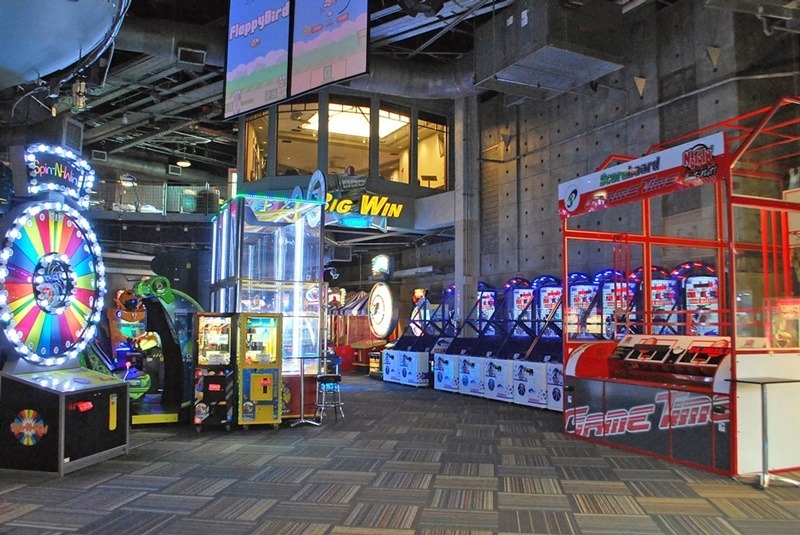 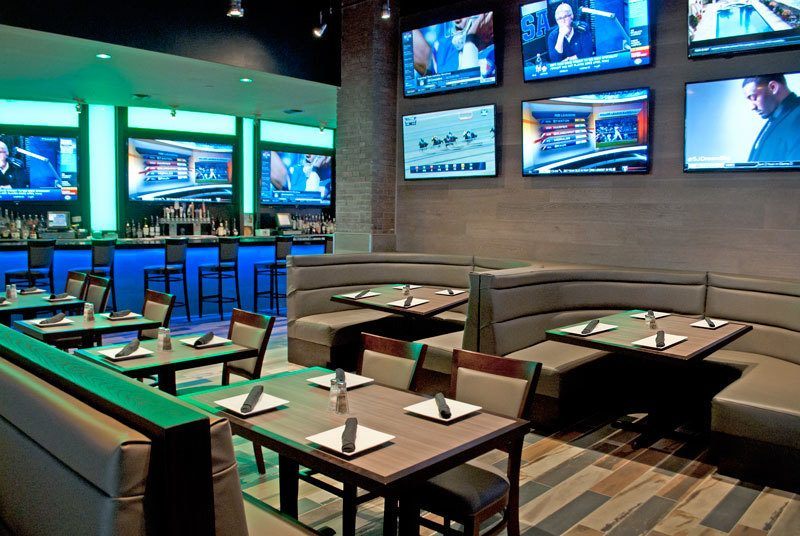 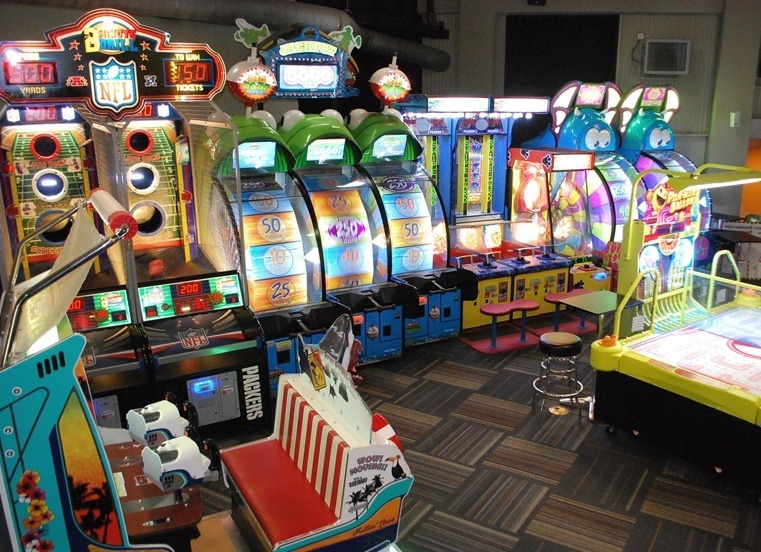 I wanted to THANK YOU and your team at GAMETIME for such a wonderful experience. The waiter was superb very attentive and great customer service.

Thank you for making Bryan's 11th birthday something he will never forget!

The Party went really well, at the last minute I asked the manager to decorate the room because I was running so late and I was so grateful that it was possible. The parents commented on the quality of the sampler platter that I got, it was a hit.

Thank you for the amazing hospitality!! I appreciate your ability to accommodate our needs in a short time frame.

7 year old enjoyed the party and so did his guests. You have a great team. They were very helpful and genuinely nice. I am definitely going to recommend GameTime to other parents. You guys rock!

From beginning to end, our Corporate Annual Meeting and Holiday Party at GameTime was a wonderful experience. They exceeded expectations, making a fun day out of the office a resounding success for everyone. To this day, our team members still talk about what a great time they had.